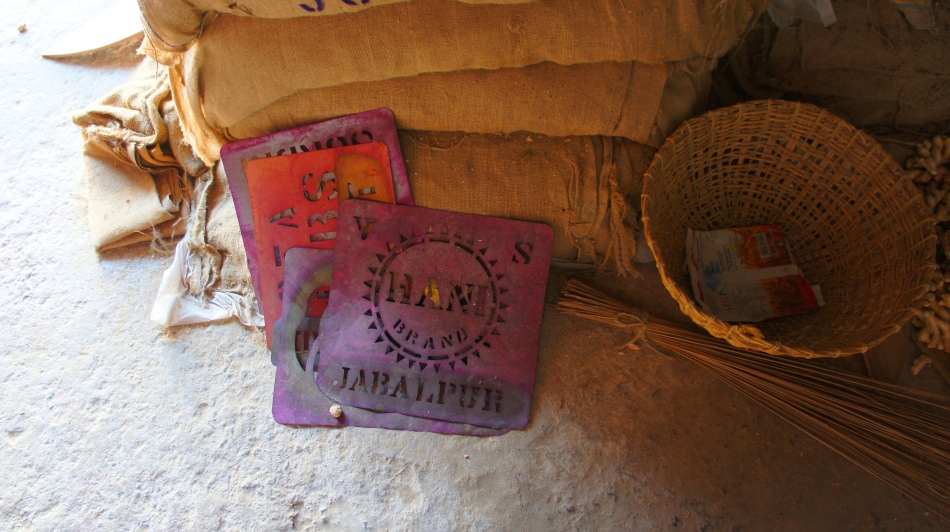 Yesterday we visited Fort Cochin’s ginger market, tucked away in the back-streets of Mattancherry .

Entering through an arched alleyway, 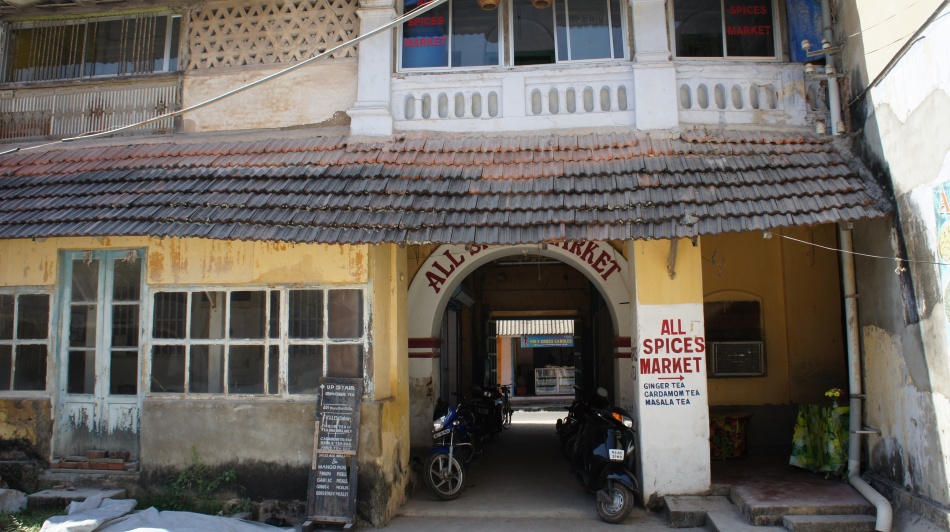 You arrive in the large open courtyard, which is given over to thousands of drying ginger roots. 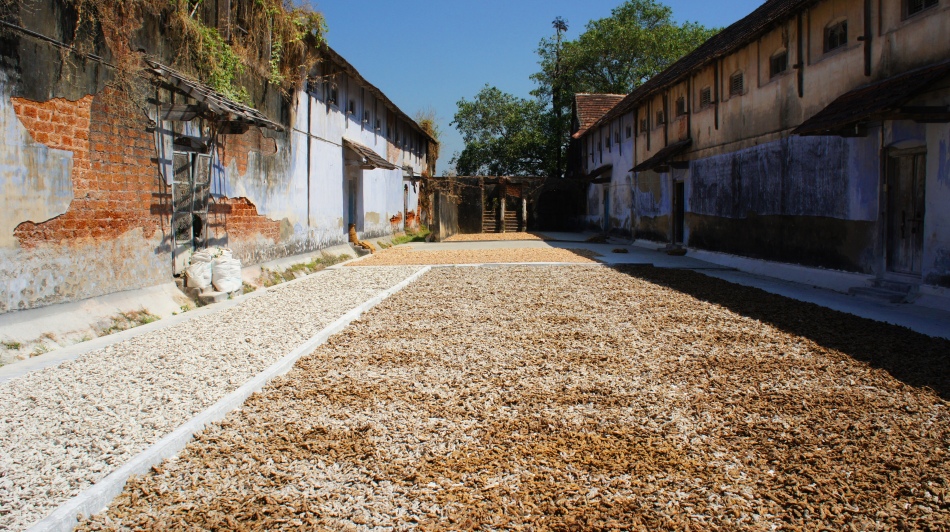 As the sun moves across the sky, and the shadows from adjacent buildings shift around the yard, the colours of the ginger fades from browns to greys.

In the warehouses which surround the courtyard, women shake the now-dry ginger and sieve it, 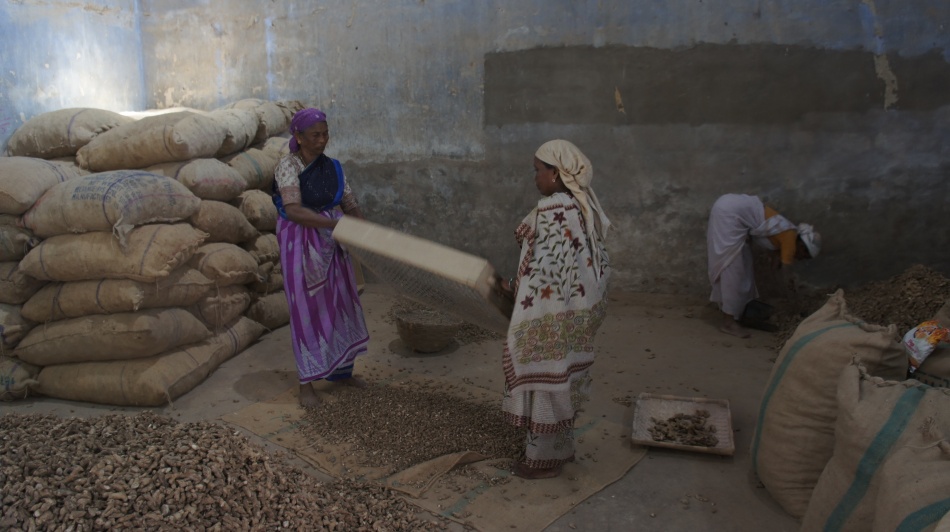 So that the rooms are filled with ginger dust, which tickles your throat and produces a momentary, dry cough. 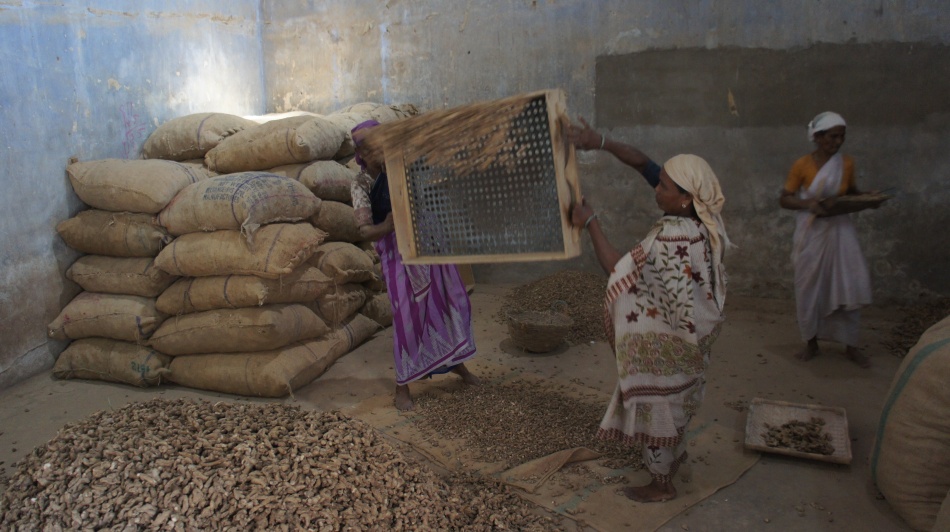 Surprisingly, the smell of ginger is not overpowering but subtle. 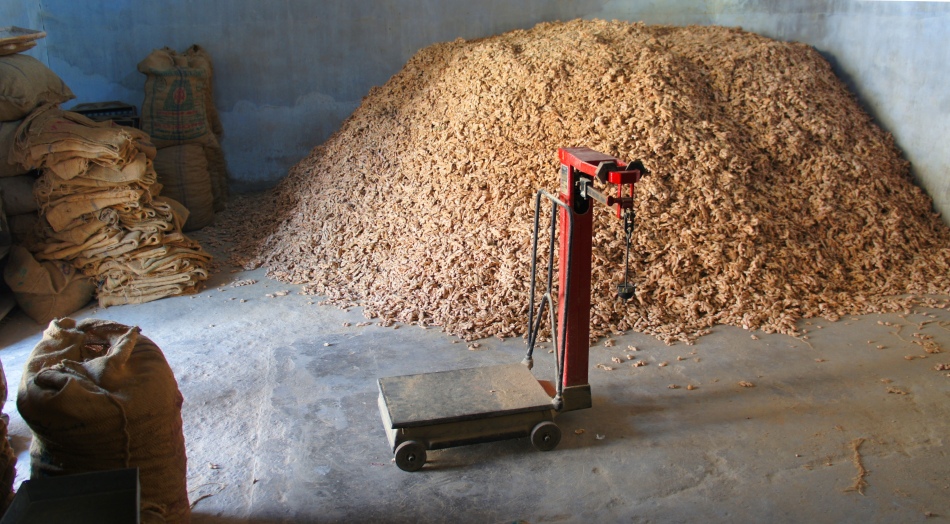 The ginger is then sacked and weighed, ready for dispatch 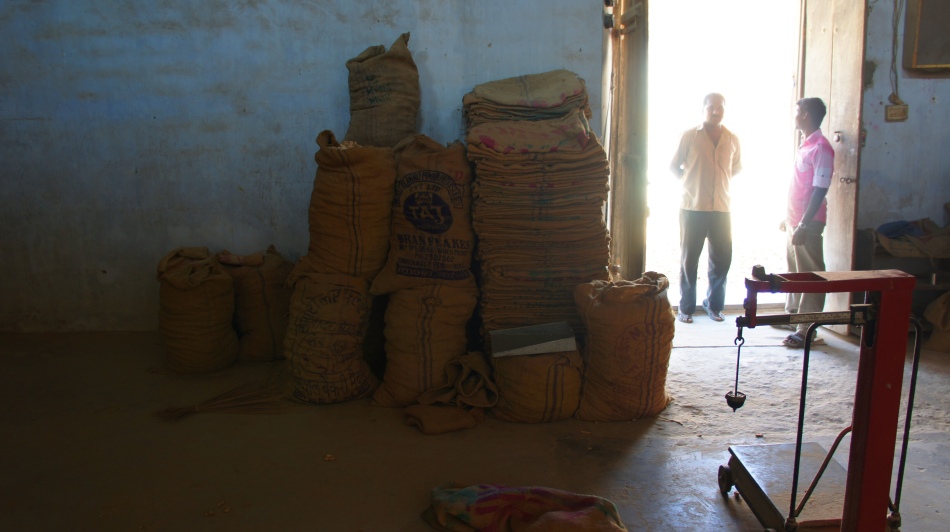 To the domestic and international markets.

“Money cant buy you love, but it can get you some really good chocolate ginger biscuits.”   Dylan Moran

Ginger has a long history. It was grown originally in Asia probably about 5000 years ago, where it was used in food and also in medicine. In China, Shang dynasty rulers from before the 8th century BC had identified Sichuan as the site where the finest ginger was grown and Marco Polo on his travels reported seeing vast plantations of it growing in Cathay, as he called it.

By the first century AD it had been brought to the Mediterranean by traders and by the Middle Ages, ginger was highly valued, one pound of ginger buying a live sheep. In the sixteenth century, Henry VIII was recommending its use as a remedy for the plague while his daughter, Queen Elizabeth, is credited with the invention of the gingerbread man. The Spaniards took ginger with them to Mexico and the West Indies where it flourished, especially in Jamaica. In the nineteenth century, ginger ale was first made by adding powdered ginger to beer and stirring the mixture with a hot poker.

* Reproduced from Ann Burnett’s article on Ginger on Suite101.com

This entry was posted on January 20, 2011 by neitherusenorornament. It was filed under market, spices and was tagged with Cooking, Dylan Moran, Ginger, Mattancherry, Spices.