The Temple On The Plains 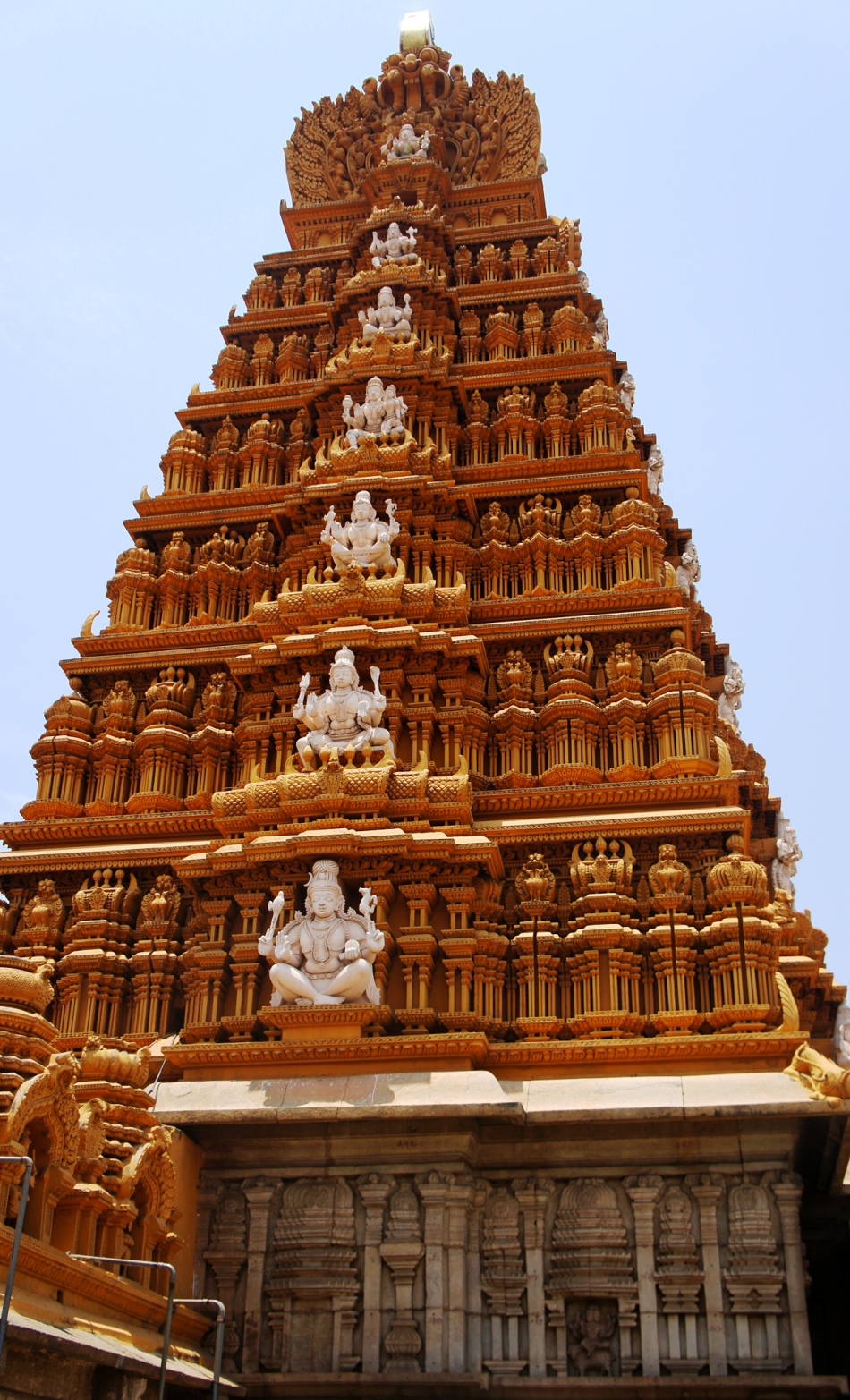 We left the temple on the hill and crossed a small part of the massive Deccan Plateau.
Simon, our driver, had marked the 1,000 year old temple at Nanjangud as the next place to be explored.

Compared with Gopalswamy, this temple was vast and crowded.
Having entered the complex, we joined a tightly packed queue to enter the heart of the building. The line’s great length was concealed by its snaking around countless corners and through a maze of columned passages. 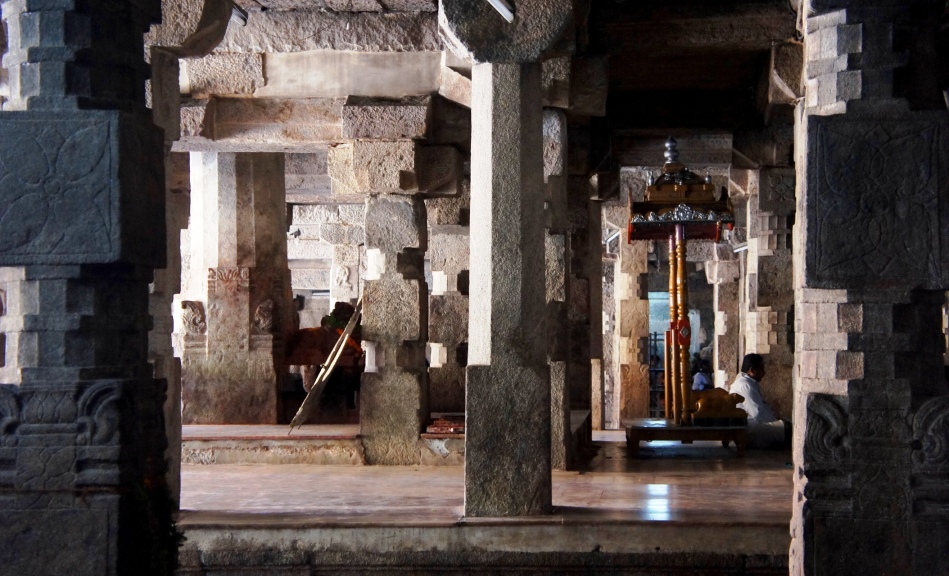 It was a little like queueing for a popular ride at Disney World. 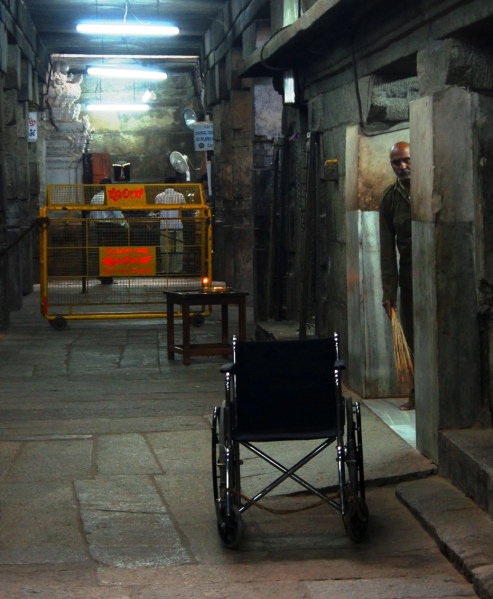 But without the benefits of skilled crowd-management.

Finally, our destination was revealed.

We were to receive darshan. 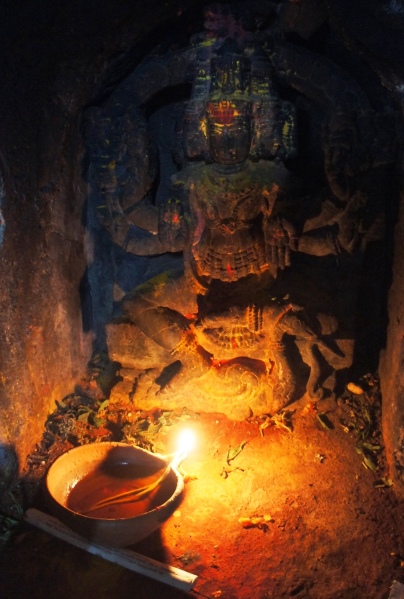 This entry was posted on May 5, 2011 by neitherusenorornament. It was filed under journeys, temple and was tagged with Hinduism, Nanjangud.