Time For A Trim

It has been almost two months since the coconut palm in my front yard was harvested.
Standing by the gates is, once more, a little hazardous:
A coconut landing on your head can lead to serious injury.

But as I finished breakfast this morning, the gate-bell sounded.
Shaji had summoned Shiva Ram, our “kannakan” (coconut tree climber).

Shiva Ram sat on the porch steps for a few minutes, sharpening his machete, 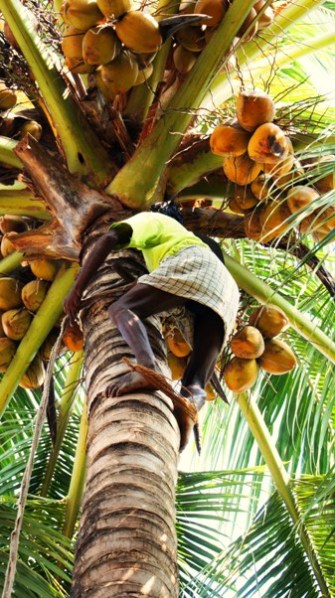 Then scampered twenty or so feet up the trunk of our palm tree. 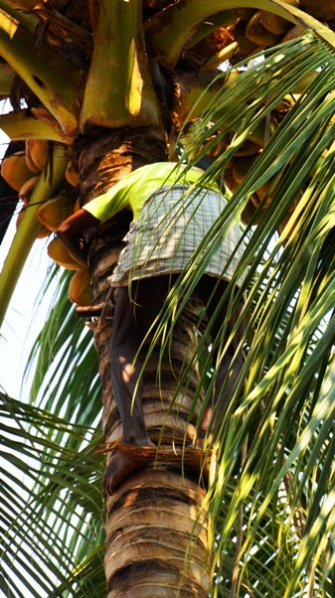 He cleared some of the lower branches

And released a couple of dozen coconuts.

Pictures taken in the front yard.

This entry was posted on November 12, 2011 by neitherusenorornament. It was filed under coconut, cooking and was tagged with Coconut, Kerala.