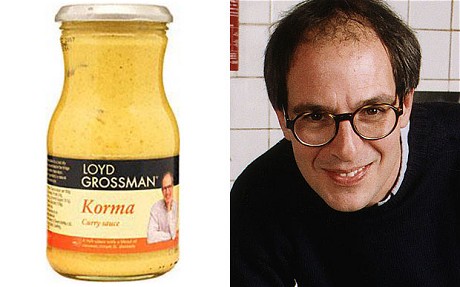 “The public is being warned not to eat certain jars of a Loyd Grossman curry sauce after two people were taken to hospital with botulism poisoning.

The Food Standards Agency said a batch of the brand’s korma sauce had been made the subject of a full recall and was being removed from shop shelves following the scare. It confirmed that two members of the same family hospitalised after contracting botulism had eaten from a jar of this batch of sauce in Scotland.

Only one jar is known to be contaminated with the bacteria Clostridium botulinum, which causes botulism, but the FSA is advising people not to eat products from this batch as a precautionary measure.

Botulism food poisoning is a life-threatening condition caused by a bacterium which produces a toxin that attacks the nervous system. It is contracted by eating foods contaminated with the bacteria and can affect people of any age.

Symptoms include blurred vision, drooping eyelids, slurred speech, difficulty swallowing and a dry mouth, and usually occur within 12 and 36 hours of eating affected foods. It is easily treated if a doctor or hospital is notified early, although full recovery can take several months. The infection is not contagious and so cannot be spread from person to person…”

© 2011 Guardian News and Media Limited or its affiliated companies.

The picture of Dalila in the kitchen, and my fish biryani on the roof terrace, were taken at home.
The image of Loyd Grossman and his curry sauce was taken from the web.

This entry was posted on November 15, 2011 by neitherusenorornament. It was filed under cooking and was tagged with Botox, Loyd Grossman.