The Lament Of Loss 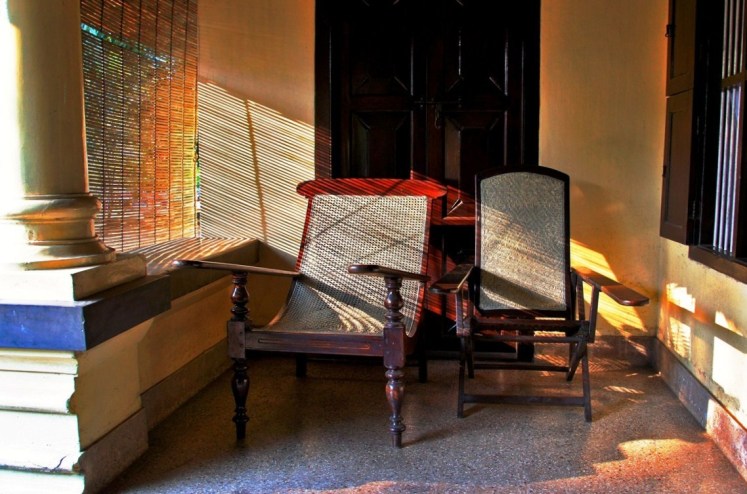 The two chairs still sit together on their verandah:
his and hers;
the grandparents I never met.

Following a decade of health problems, all had assumed that he would be the first to go.
But it was my grandmother who quietly surrendered:
the unexpected loss of a son, too much to bear.

“Thy hand, Belinda, darkness shades me,
On thy bosom let me rest,
More I would, but Death invades me;
Death is now a welcome guest.

Picture of the verandah in our family’s home, which my grandfather built, and where my father lived as a child and young man.

This entry was posted on February 20, 2012 by neitherusenorornament. It was filed under absence, death, grief, shadow and was tagged with Dido's Lament, Grandparents, The empty chair, Verandah.