Putting On A Show: The Cover-Up 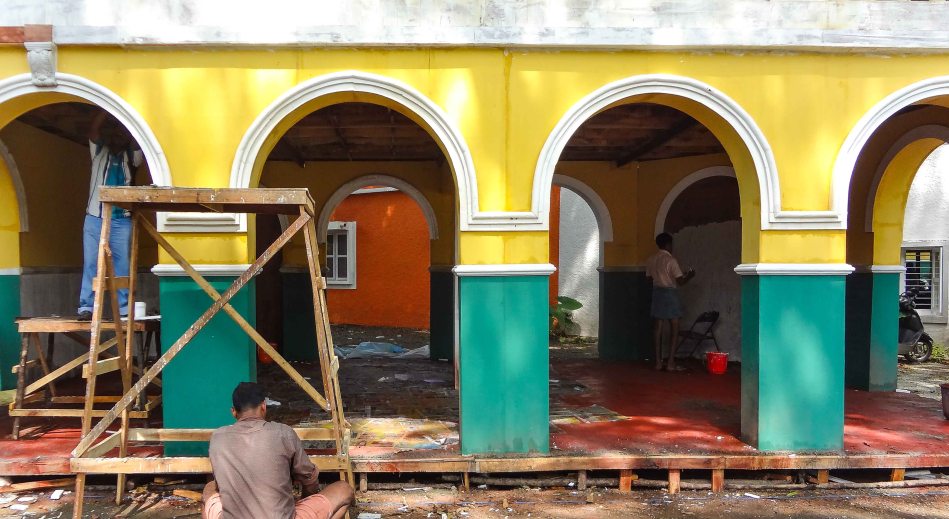 A severe storm last night meant that the film-set was left to endure hours of torrential rain.
But this morning a touch of paint is re-applied.
The show, it seems, will go on…
________________

This entry was posted on November 9, 2012 by neitherusenorornament. It was filed under appearence, repair and was tagged with Fort Cochin, Mollywood, paint, Queen, The show must go on.