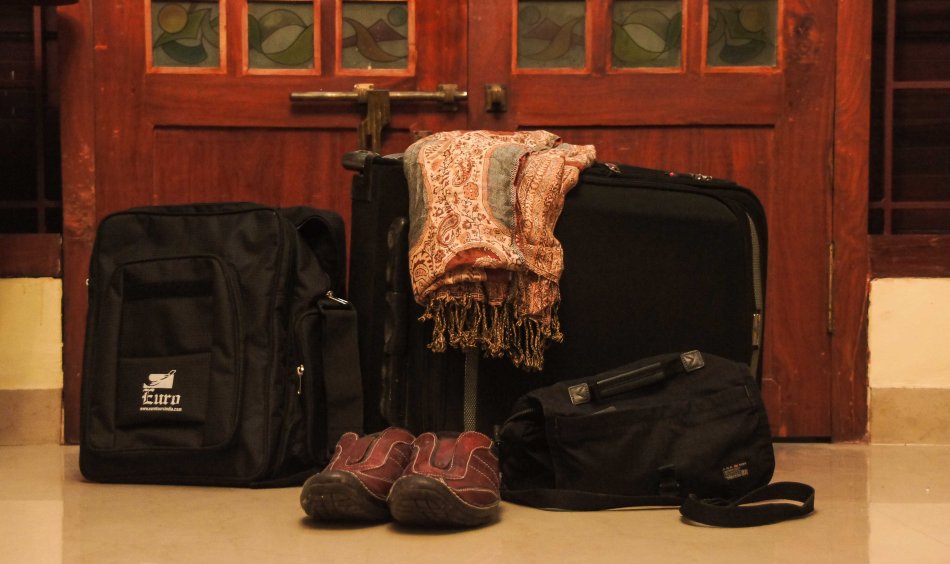 My bags are packed.
My shoes, which have not seen daylight since they walked the streets of Washington DC, four months ago, have been brought out of storage.
My scarf, in case of cool weather and cooler aeroplane cabins, is readily accessible.

My recollection, from a couple of years back, is that evenings in the Sinai desert can prove difficult to predict…

A Slight Chill In The Air 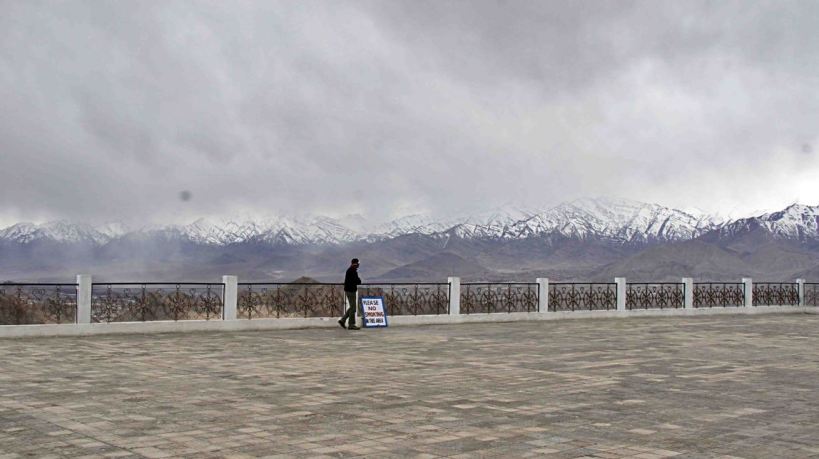 Norvo, our driver for the next ten days, arrived punctually.
The first stop was a massive Buddhist stupa, perched high on the hills overlooking Leh.

I consider myself reasonably well-travelled in India.
I have certainly experienced the extremely chilly nights of hill-stations in Munnar and Ooty and Sikkim.
But I was not prepared for this.

On the flight from Delhi to Leh, a Ladakhi passenger had asked me: “Why are you coming now? It is far too cold for you!”
I had shrugged off the question, thinking not only that decades of British winters must have had toughened me up, but that I was well prepared, and had packed sufficient warm shirts, sweaters and fleeces to keep both Robin and I comfortably warm.

I was mistaken.
This was a degree of coldness with which I could not possibly cope.

I was wearing a sleeved vest, long kurta shirt, warm jacket, woollen scarf and heavy shawl.
I had decent trousers, thick socks and sturdy shoes on.
But I felt that my body and mind were slipping into shut-down: I was hardly able to operate my camera.

The climate was perishingly frozen; the landscape utterly bleak.
The only warm colours were man-made: 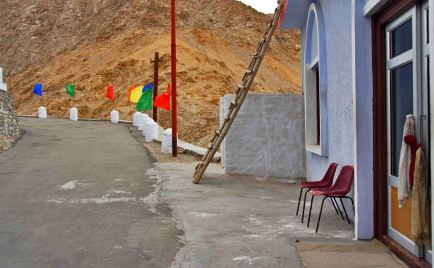 Norvo, a native Ladakhi,  was born, and totally accustomed, to the climate.
When we left the car he would squat beside it, quietly singing to himself. 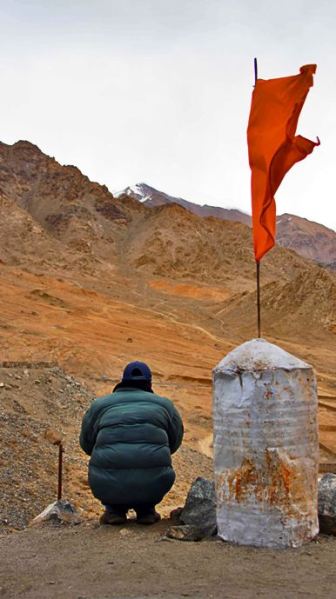 I was now reluctant to leave the car at all.

If our expedition was not to be a disastrous mistake, this was a situation which demanded urgent remedies:
Leaving the stupa, I asked Norvo to take us to the clothes market,
immediately!

Within the hour I was kitted-up in very thick gloves, fur hat, and a goncha: the heavy woollen coat worn by Ladakhi men and women.
Despite feeling like a bit-actor from a dubious ethnic block-buster, I also felt wonderfully warm.

Pictures taken from beside the massive Shanti Stupa, overlooking Leh. 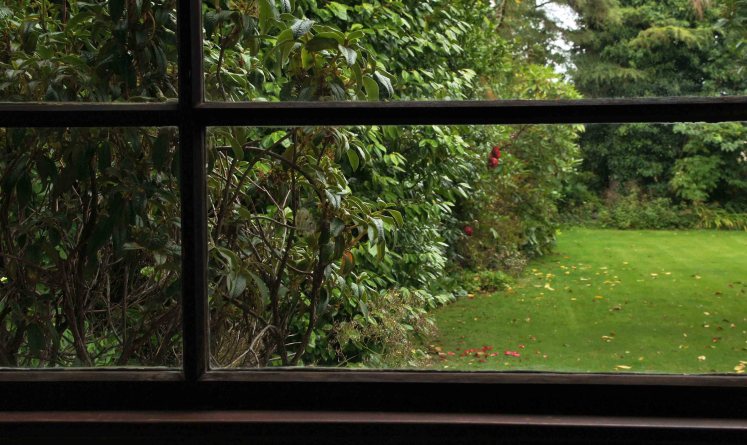