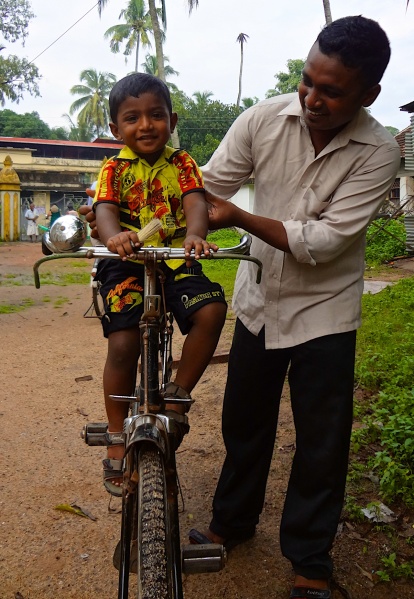 A Time For Farewells 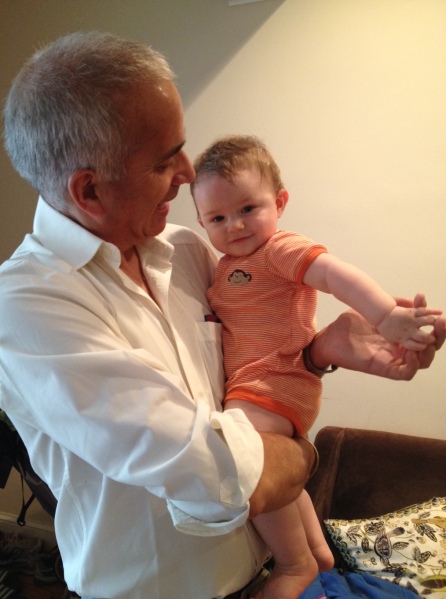 Baby In A Basket 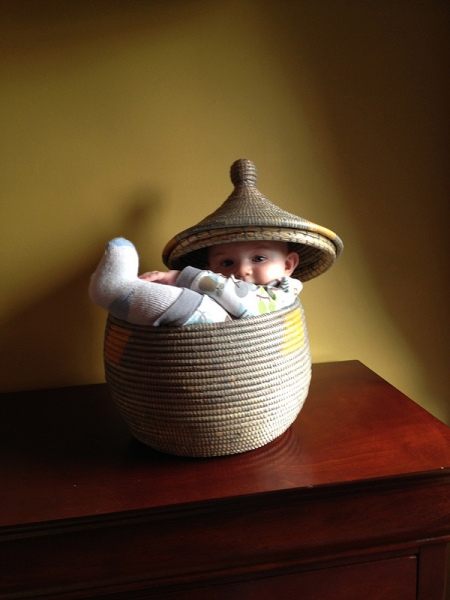 My son has just sent me this picture of my grandson.

Tea And Time With Auntie 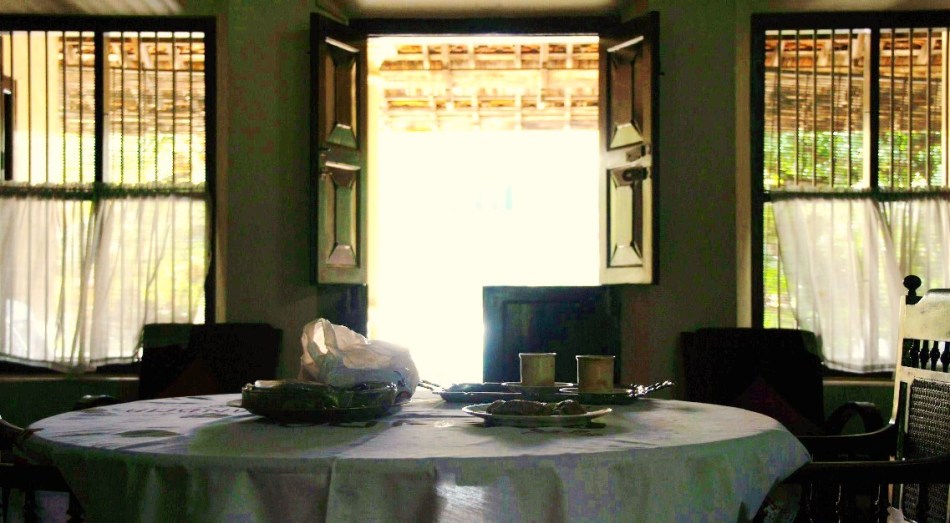 And now two months have passed:
Then she sat in convalescence;
I, about to fly. 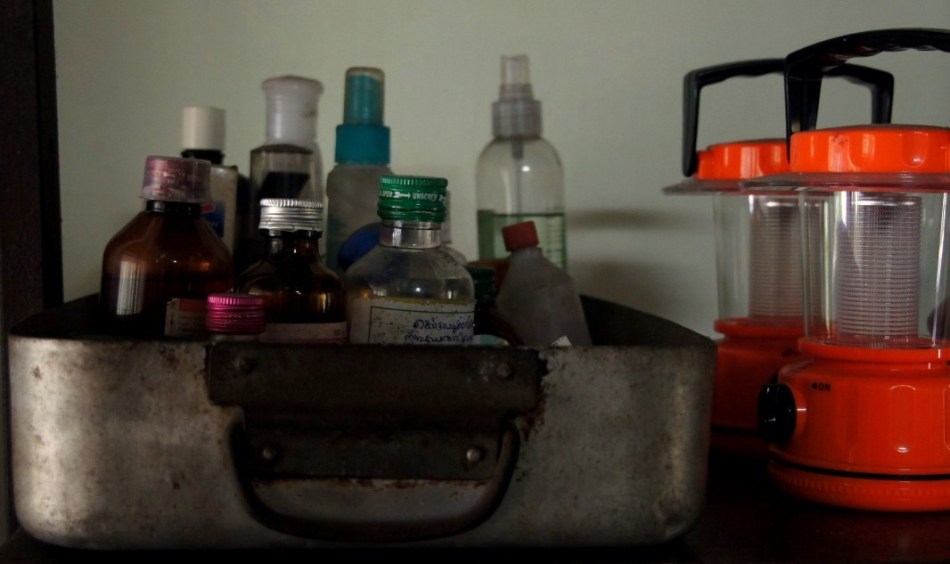 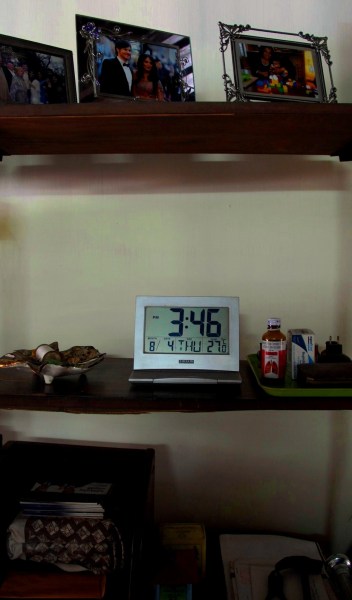 Family gifts, time, photographs:
Her silent companions for the evening soaps.
All gaze quietly down,
Idly wondering when last she left the house.

Books, her bible, pills and lotions,
These have proved her daytime friends and props,
To fill the hours when serials take their sleep. 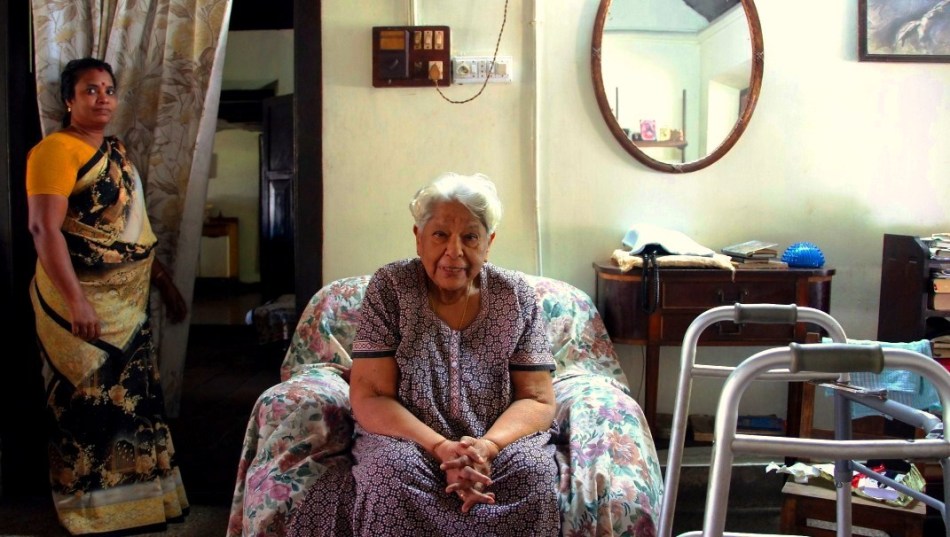 Support surrounds her.
She is safe to field her troops:
Competence and authority unquestioned. 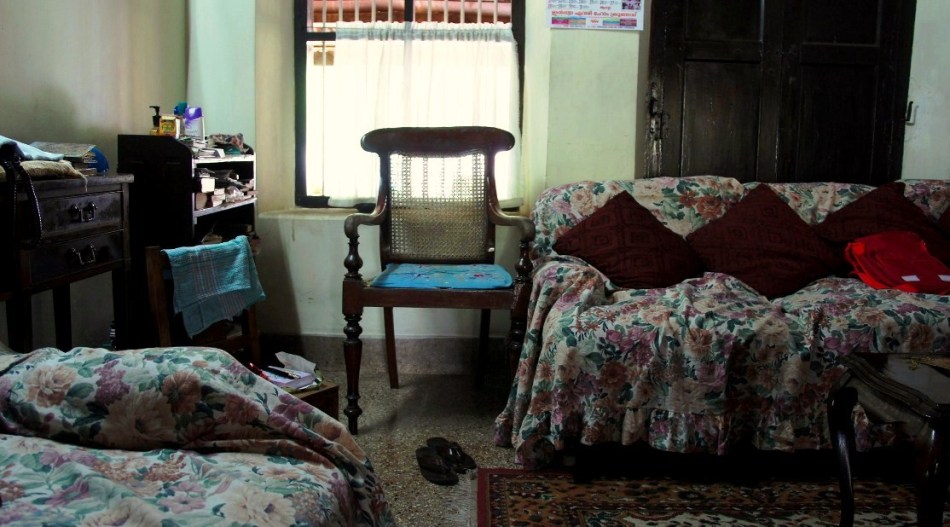 Her arguments for independent living.
Like chess pieces
Carefully placed upon a board.
Expertly drilled,
Rehearsed,
Almost word-perfect:
Conversations marshalled as military manoeuvres,
White Queen swoops,
Her castle defended:
“Did your finger leave that piece, Auntie?”
“I think not.”
Challenge,
If you dare… 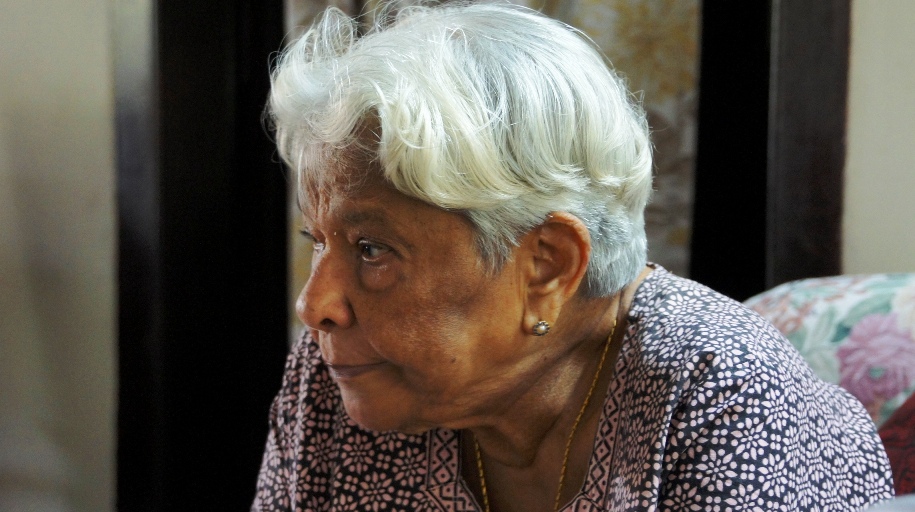 We take our tea,
Discuss our aches and pains.
Families.
A granddaughter’s immanent stay.
My travels.
Recite once more the mantra of the middle-class:
The importance of good staff;
Their scarcity.

My lame jokes elicit a young woman’s laughter.
Our generations have met and flirted.
My houseboy and the driver are summoned,
Fed, while deftly probed.
Then both dismissed
To wait outside,
Wait,
In their proper place,
Shaded,
Out on the verandah.
They can sit,
And wait,
As she must.

And now once more it’s time to leave. 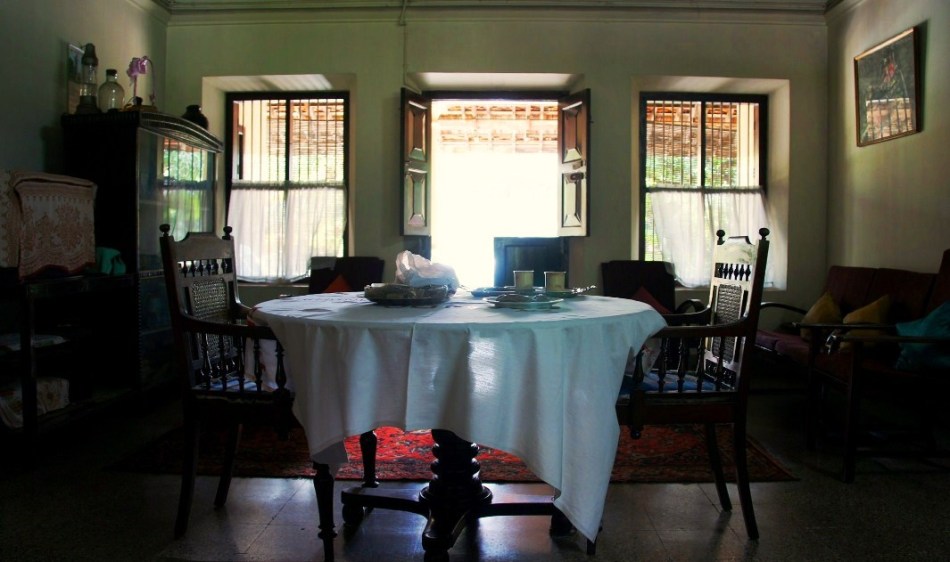 Alone again,
My aunt will sit and coach her armies,
Wait,
And recuperate.
While, once more, I fly. 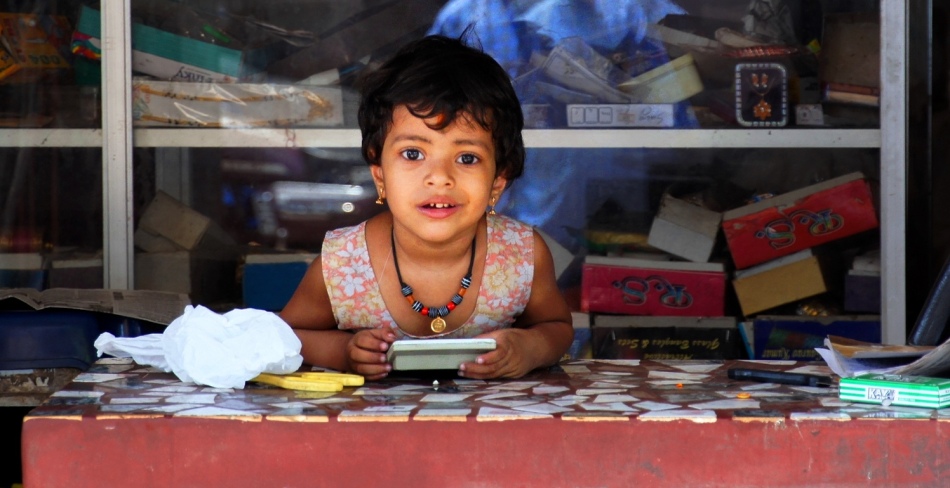 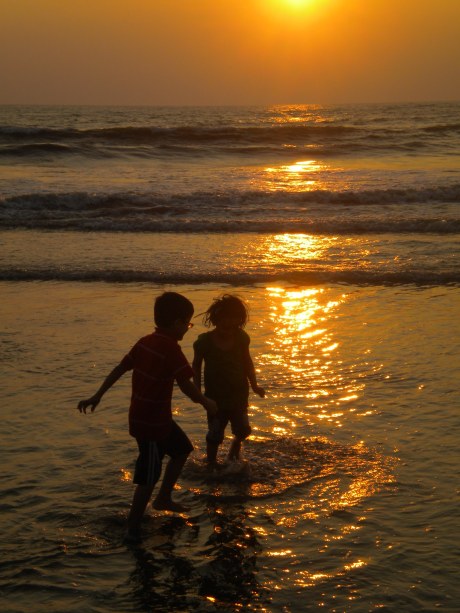 Following the road to Calicut our driver, Babu, reached the hotel in good time. After showering, taking tea and a rest, we drove to the beach for the sunset.

Indian families frequently assemble on the shore at dusk: the sun is less fierce; the sea breeze refreshing. 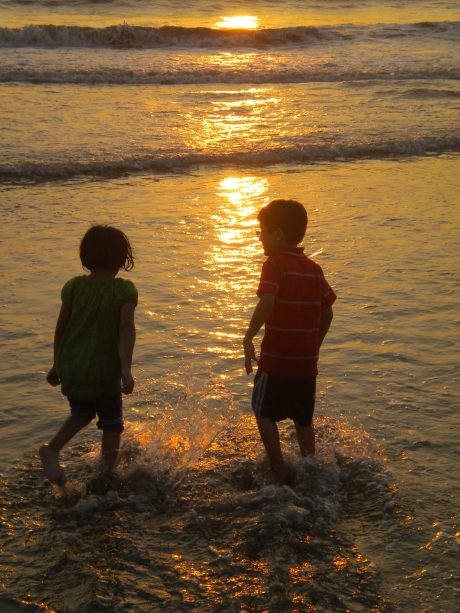 There, a mother and her two children were enjoying the spectacle.  As she stood bathed in golden light at the water’s edge, the sea lapping the hem of her sari, her young son and daughter paddled with unrestrained glee. Though the waves were gentle and the children in shallow water, the mother chanted an almost constant litany: “Be careful. Not too deep!”.

The brother and sister’s innocent pleasure, alongside their mother’s anxious happiness, triggered memories of my childhood.

Our mother was not a swimmer and would stand nervously beside the breaking waves as my sister and I tried to jump them.

My sister, a couple of years older than me, was by far the braver of us both. Although shy with strangers, in the security of our family she was a fearless tom-boy.

Given an audience, I could not stop talking – but when it came to action I was much less adventurous. Little has changed.

Water redeemed me. It was the one area where I had greater physical prowess and confidence than my sister. I gloried in its overwhelming power and my seeming weightlessness.

It is from such memories – the shared moments of joy and grief, our childhood bonds – that unwavering love and solidarity are forged. 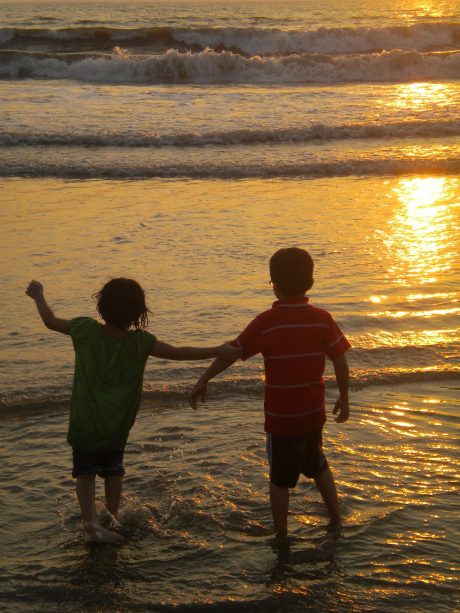 Fifty years later I can no longer jump the waves, alone or with my sister.  More than five thousand miles and different continents now separate us.

But the love, friendship and support have never tarnished.