In the temple grounds grows a “tree of wishes”.
The threads tied around its boughs represent the prayers of women hoping to find happiness through marriage.
The miniature cot suspended from its branch is a plea to be blessed with a child.

Picture taken in Kapaleeshwarer Temple, Chennai
The libretto to Dvořák’s Song to the Moon from Rusalka can be found here 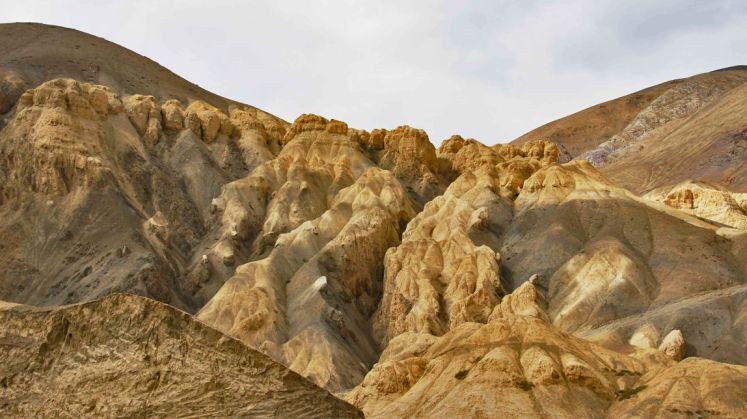 Having satisfied our lust for lunch, we travelled on.
Through a series of seemingly unending tight winding bends, the road steadily climbed into a dramatically different landscape.
All villages and traces of vegetation were left behind.  The only features were those of dry, sandstone rocks, weathered into bizarre unearthly forms.

An accident or breakdown here would leave you feeling very vulnerable. 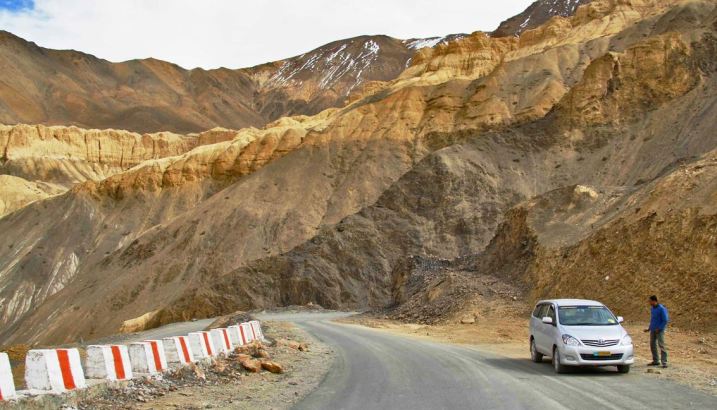 It is an eerie, beautiful and desperately lonely place.

“O moon in the velvet heavens,
your light shines far.
You roam throughout the whole world,
gazing into human dwellings.

O moon, stay a while,
tell me where my beloved is!
O tell him, silver moon, that my arms enfold him,
in the hope that for at least a moment he will dream of me.

Shine on him, wherever he may be,
and tell him of the one who awaits him here!

If a human soul should dream of me, may he still remember me on awaking;
O moon, do not fade away!